Note: This website is a satire and does not represent any official medical organization.

PLEASE genuinely do not ask me for medical advice, I am not a doctor.

NOT A MIDORI KINNIE. hes a fucked up little bitch and i'd run him over with a car.

-asks the floormaster if their death game is creepy or wet
-he doesn’t understand
-pulls out illustrated diagram explaining what is creepy and what is wet
-he laughs and says “it’s a good death game sir”
-signs the form
-it’s creepy and wet.

she fucking killed him lmao

AND LIKE TAMAMO-NO-MAE IS KINDA KNOWN FOR CORRUPTING MEN IN POWER AND THEN GETTING THEM KILLED SO. eat ass.

i have no fucking idea if anyone will read this but it annoys the hell out of me when people write midori as being an unemotional / unfeeling character bc the truth is like. the exact opposite.
its. midori doesnt lack emotion, you basically see him in a near mania for half the game for fucks sake, its just that watching other people suffering makes him feel good
shin flat out calls him a big ball of desires, midoris incredibly overemotional and i feel like thats one of the reasons hes so. unstable.
also i wish all soushin shippers a very explode. like seriously what the fuck are you doing. shipping an abuser and his victim really isn't a good look.
that and shin is like. super fucking gay for keiji like have you seen him 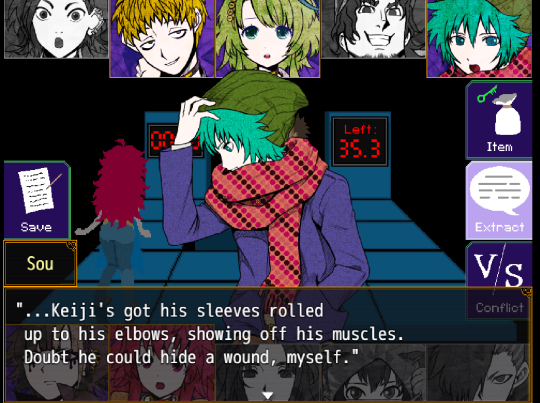 a lot of UTK2s plot falls rlly short bc they made it seem like derek was being drawn in by the fame / Reina’s promises but really he was just too damn kind to say no to anything. like learn to set a boundary sir. like everyone's like "oh you're such an asshole derek you're putting your fame over your career" can all of you NOT see how horribly anxious he is leave him BE. for god's sake let him damn well alone.
ALSO GENUINELY GO PLAY TRAUMA CENTER AND TRAUMA TEAM THEY'RE BOTH GREAT GAMES. also lots of pretty men to view respectfully and i'm gay.

this one's for you chickadee <3

Preheat oven to 325°.
In a large bowl, combine cheeses, bacon and seasonings; mix well.
Spoon about 2 tablespoonfuls into each pepper half. Roll in bread crumbs.
Place in a greased 15x10x1-in. baking pan. Bake, uncovered, until cheese is melted and peppers are heated through, 15-20 minutes.
Serve with sour cream, dip or dressing.

other wacky shit because why the fuck not

ngl the death of flash did something to the internet and it was absolutely not good. kids really should have spaces to be kids. 13 year olds should not be on tiktok.
like sorry but i literally wasn’t made to work. sorry to the freaks who enjoy this grindset shit but you probably have psychological problems. i just want to sit and think and maybe talk and eat and drink 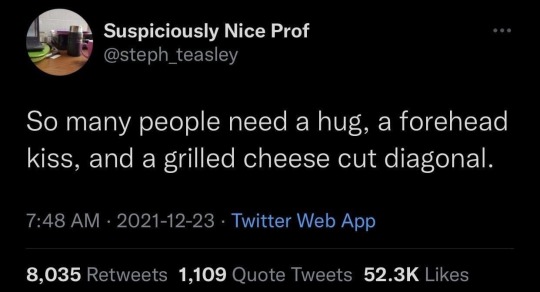 ngl if you scrolled this far you probably don't have anything better to do. come back later for more bullshit. have this though.